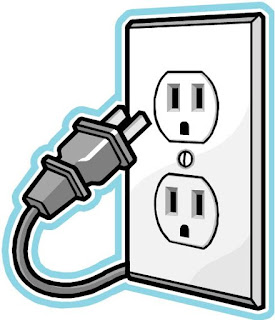 Unplugged. The word is used in a variety of ways:


Since moving into our new home in the Missouri Ozarks I have been trying to live a life unplugged in a different sense. I have unplugged myself from the news.

Why unplugged? Because of a growing realization that no good was coming from my being “informed.”

Think about what typically constitutes “news.” To be clear, I’m talking now about news as reported by the major broadcast and cable news networks. Most of it falls into about six categories: (1) Politics, (2) Tragedies, (3) Scandals, (4) Economics, (5) Sports, and (6) Weather.

My news abstinence is not absolute. I follow the weather news closely. My only serious interest in sports is the St. Louis Cardinals, so during baseball’s off season that news is mostly of the “hot stove league” nature. My limited investments are handled by my retirement fund advisors so the economic news is of little routine interest. That leaves politics, tragedies, and scandals. These are the stories I have resolved to avoid.

Much has been written about our nation’s increasingly toxic political atmosphere. Both major parties share the blame for contributing to the loss of even a modicum of civility in the public arena. It seems that no political position can be set forth without nastiness. With millions of other Americans, I find the whole business disgusting. So I’ve just stopped listening.

You ask, “What of your responsibility to be an informed voter?” I have a ready answer. The next general election in Missouri is Tuesday, March 10, 2020, the date of the state’s presidential primary. To prepare myself to make an informed vote I will temporarily lift my self-imposed news embargo on February 10, 2020—one month prior to the election. That will give me four weeks to familiarize myself with the candidates—more than enough time. Thus, for the next 444 days I can stay blissfully disconnected from the latest political firestorm. I will follow this same practice before each election. This way, over a four year period I will only have to suffer through three months of political news, thereby fulfilling my obligations as a citizen without being a prisoner of the 24-7 news cycle.

As to scandals and tragedies, how does knowledge of these events in any way enrich, improve, or brighten my existence? Will reading about the latest string of murders in Chicago make me enjoy life more? Will learning of a tragic house fire in New Jersey put a smile on my face? Will hearing that some public figure has broken his marriage vows improve my own marriage? These are events over which I exercise no control whatsoever. My knowledge does not make things better. It just robs me of a little joy in life. So I have pulled the plug.

Pulling that plug has proven to be harder than it ought to be. In part this is because there are many things that still interest me, things that I want to learn. I’m not pursuing a hermit’s existence. It is surprisingly difficult to search for the latest news about natural history, astronomy, gardening, woodworking, weather, or any number of other topics without getting sucked into some story that I’d just as soon avoid.

Nor am I going to run from the room with my hands over my ears every time I encounter a television set tuned to an all-news station. An absolute news blockade is impossible without going completely off the grid. It will be accomplishment enough if I just stop looking for this kind of news.

And there’s the other rub. 24-7 news is popular for the same reason that opioids are popular: it’s addictive. I cut the cord shortly after the November 6 general election. For several days I found myself craving the latest tidbit of post-election news and analysis. It was only with concerted effort that I resisted this craving. Scripture tells us to resist the devil and he will flee from us. The same holds true for news addiction. After the first few days it became easier and easier to resist the urge to seek out the latest headlines.

I’m about halfway through my third week in this post-news world I’ve entered. The old craving is almost gone. I find I am spending a lot less time on the computer. Facebook use in particular is way down.

Where this will ultimately lead is hard t say. But thus far it’s certainly done me no harm.
Posted by Glen Land at 3:04 PM No comments: Links to this post

Maple forest on the north slope of our property